A tribute to Mrs Kapoor my Hindi teacher 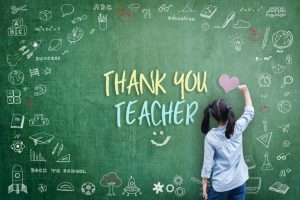 The other day I was meeting a good teacher friend of mine, after almost a year to discuss a few points on our new venture eShikshaChaupal a free online community for teachers which got launched in June this year. During discussion we just digressed a bit and she started off with the same old cliched statement,”Today’s students are different! They don’t know how to behave in school. They are rude and disrespectful. Worst is they love to give back answers to whatever you say to them.” Well that’s where I interrupted her and said, “This is the story of every generation, what’s new in this.”

I remember, in my middle school I had these three teachers who were nearing their retirement but left a deep impact on my formative years. Well! They were different not for what they taught but what left a mark on me was how they taught in the class.Their was something different about their teaching styles… I would love to describe it like the fragrance of Musk deer, which with time going by is having more stronger impact on my thinking. Somewhere they subtly ingrained the values of how to lead a positive life with their teaching styles.

Today when I reflect on what was different about them, I realize that they just followed one principle- they did not accuse us of being impatient and aggressive or being snobbish, but they beautifully took the onus on themselves bcoz we were learning from them. They believed that they were under students constant vigil and so they had to behave themselves… They truly believed that ‘values can’t be taught but had to be caught‘… Their objective was to create an environment where we as students could catch them…

My father had got posted to Delhi in mid session and was adamant that we two sisters went to particular convent school only. So he made us sit at home for more than a month before the Principal of that school allowed us to take admission test. Like all families there’s a black sheep & in our family its me. My younger sister scores were brilliant ,so Principal was super happy to have her in, well for everyone the cause of worry was me… even the Principal was a little skeptical in taking me in, but as luck would have it, I did exceptionally well in Maths (well much beyond my own expectations, I would be honest about that, I suppose that was the last time ever I did so well in any Maths paper thereafter). Probably those numbers in Maths blinded the Principal with umpteen happiness as if she had found a Kohinoor heera and she completely ignored the super low marks in the language papers. She just said with a smile,”I suppose languages can be worked upon in the coming years thus I will admit both the girls in the school.”

One month after admission, came the half yearly exams. I did well in all subjects, well thats what I thought!

Then came Hindi paper results, every one was scared bcoz we were told only few kids had passed in Hindi.  I was confident that I had failed, and went slowly over with a grim face to take my Hindi Paper from Mrs Kapoor, while handing over my paper, she slowly uttered, “Thank God, you have at least made some progress in one month, there is some hope from you that you will improve in future. Well you have got one more marks than the last month- 27/100. Next time I hope you will cross the 40 mark”. That walk from her desk to my chair was one of the longest moments in my life… It was a weird feeling.. I was feeling sad, bcoz I had flunked in Hindi again within a month, but then I was feeling hopeful because she had motivated me to work towards improving the future. It was definitely an uphill task for me but with her constant guidance in the classroom she made sure I was able to imbibe the beautiful value of not getting disheartened from my failures but pick up the loose ends of life and move on to reach the goal in the mind…

Well that’s the objective of the teacher, to make the students learn these values of life through academics. If a teacher is able to do that, then student will not rebel but will respect all his life.

Wishing you all a very happy teachers day! 🙂