Underlying Concept behind this activity
AP is based on a pattern that is constant/regular and hence predictable. Using that, an AP can help us in making big calculations in an easier way. Instead of actually adding up etc., we can arrive on a formula that gives us an answer very quickly. That makes it a lot easier to estimate and even accurately predict in cases where there is an AP pattern. For example, if x ml oil is leaking through a pipe after every y minutes, we can easily predict how much oil will be lost in 24 hours or 72 hours or 2 months by using a simple formula instead of adding up every instance of leakage.

Resources required for conducting the activity

Familiar? These are natural numbers. Right? But what else do you see? Is there a pattern here?

What is the pattern here? All odd numbers?

Can you guess the next number?

These lists are called sequences. An arithmetic progression (AP) is a sequence of numbers that have a pattern that the difference between any two consecutive numbers is constant.

Now the difference can be negative as well. What do you think of this sequence:

This is an AP with the constant difference -4.

In an arithmetic progression, the first number is called the “initial term.” And all other numbers are called terms too.

The value by which consecutive terms increase or decrease is called the “common difference.”

In the sequence given below, what is initial term and what is common difference?

Step 4: Finding value of any term beginning from the beginning

Let’s call any general term (nth term) an. So how would you go about finding the value of nth term without actually writing the whole sequence out? Which by the way, may not be possible as APs go on till infinity (or negative infinity, in case of decreasing APs).

We observe that to reach a certain term an, we add (n-1) times d to initial term a1.

Try out a few times on your own with various sequences.

Step 5: Finding value of any term beginning from anywhere in the middle

Now, what if we do not want to depend on initial term a1 and want to reach an through any random term, let’s say ak?

By the same logic, we will get:

In the example above, try it out.

Some Practice equations can be given to solve in class. My favorite one being: What is the sum of the first 100 positive integers?

Q2. Four years old Michael plays with Lego bricks. He wants to built the construction shown in the Figure 1, 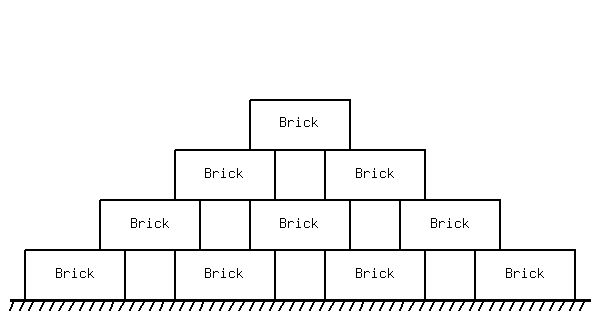 with  4  bricks at the bottom.How many Lego bricks does he need?

Uploaded File
Brainstorming questions asked in class
Refer to Question 2 in the class activity.
Four years old Michael plays with Lego bricks.
He wants to built the construction shown in the Figure 1, with 4 bricks at the bottom.
How many Lego bricks does he need?
There are two ways to solve this question. Can you identify the second method


Any suggestions for other teachers while implementing this activity in classroom.
When explaining AP its good if real lfe examples are used to help students visualize the concept and be able to understand the pattern which they need to identify when looking at the problem in hand.