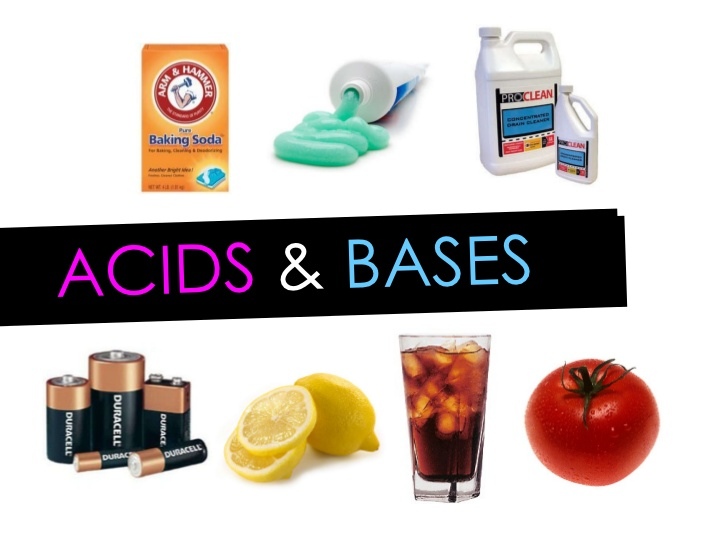 Objectives to be achieved
1. Introducing the terms Acids, bases, salts, disassociation, reactions, pH to the students2. Making them understand that Acids and bases when react produce salt ,water and CO2

Simple Experiment to Show how Acids & Bases React together- An introduction

Since Students are being introduced to the concept of Acids and Bases for the first time, it is best if  this experiment is shown to them to introduce the concept of chemical reaction between the two.

Step 1: In half a glass of water, put a few teaspoons of baking soda and mix in order to obtain a quite concentrated solution. In the same glass, pour a spoon of vinegar. As you can see, there will be an abundant production of foam.

Step2: Ask students What happened? Students would respond saying “A chemical reaction occurred between the baking soda  and vinegar.”

Step3: Explain to the students how the substances reacted with each other, producing a salt, water, and carbon dioxide. That is the gas which produced the little bubbles you observed. In general, acid and basic substances react with each other, producing a salt and often other substances like water and carbon dioxide. If you want make the reaction more lively, use warm (not hot) water. The salt produced by this reaction is sodium acetate:

Some Important Tips to be given to Students:

1.Acids are substances which free hydrogen ions (H+), when they are mixed with water.

2. Bases are substances which free hydroxide ions (OH-) when they are mixed with water.

3.This freeing of ions is called dissociation in both cases.

4. Reaction happening in Bases and Acids:

Concentrated acidic and basic substances are very corrosive and dangerous

9. We use our bodies use acids and bases too. Our stomachs use hydrochloric acid to help digest foods. This strong acid also kills bacteria and helps to keep us from getting sick. Our muscles produce lactic acid when we exercise. Also, our pancreas uses a base called an alkali to help with digestion. These are just a few examples of how the chemistry of bases and acids help our bodies function.

Uploaded File
Brainstorming questions asked in class
1.Can you guess why when baking soda is added to a dish, it neutralizes sour or bitter dishes.
2.Can you tell why one of sodium bicarbonate's common uses was as a stomach antacid for many years.
3. What do you think will happen to a raw egg if its dropped in Vinegar? Explain the process
(Ans: The acid in the vinegar breaks down the calcium carbonate of the shell, a process which you can see starting almost immediately when bubbles begin to form on the surface of the egg as it releases carbon dioxide. A scum will develop on the surface of the liquid as the shell disintegrates, and after a few days you have a soft-boiled egg that has effectively ‘cooked’ in the acid, and will bounce if dropped)


Any suggestions for other teachers while implementing this activity in classroom.
You can use questions in the practice sheet as home assignments to develop the HOTS among the children